There are few things in the life of a brand new GM that can rattle the nerves as much as Combat.

Well, perhaps, because it is one of the few times in the game that they must apply so many rules at one time. Additionally, since most RPGs are, lets be honest, based around combat, it is also  when some of the most critical and complicated rules can come into play.

My suggestions? Well… I have a few:

Understand That You’re Not Going To Be Perfect.

As a matter of fact, until you get the hang of it, you’re probably going to miss some rules here or there.

If your players pick up on it, admit you missed it, correct yourself, and move on. If they didn’t, and they still seem to be having fun, let it go and make sure to cover it in the next session.

Sometimes your mistake is going to cost the party. You may misunderstand something or make a ruling on the fly, that ends up costing them a battle or, even worse, a party member. Just as before, don’t be afraid to admit that you made a mistake. And if possible, rectify the mistake through the story.

“You had to leave behind the body of your friend Antinus, but a cleric of the faith came across the corpse. Noticing that the Thief bore the symbol of his faith as a tattoo, the priest resurrected him and sent him on his way with a blessing…”

Or something along those lines. it will be different depending on the circumstances, but you get the idea.

Yes, I did just say that we are all going to make mistakes. However, that doesn’t mean that you should start the session having not even tried to learn the rules. I get it, most of those books are pretty hefty. And, if you don’t want to spend the next three months studying like you’re preparing to pass the Bar Exam, you probably aren’t going to know every single rule by heart. At least not when you sit down to GM your first game.

But you should know the ones that are going to be used that session. Including Combat. You may want your game to focus on Roleplay. If you do, I applaud you. But if there is even the slightest chance that your Players will choose to enter combat, you owe it to them to know the basics.

I have been a Player in games where battle was simply something you did. When it was done, you wandered around a bit until you stumbled upon your next battle. there really wasn’t much story in between.

Now I’m up for the occasional Hack and Slash One Shot as much as the next person. But, if this is a long term campaign, I’m of the opinion there should be a little more substance to it. Not only should there be a reason why the party is going around from place to place (Even if that reason is only to seek fame, fortune, and power).

But  this should extend to Combat as well. Why are they fighting with the King’s Guard? If they are in an underground ruin (or megadungeon), why are these monsters here? Are they attacking because they’re starving? Were they looking for food, when they stumbled across the party resting? Or are they trying to evict the murderous upstarts who have invaded their home?

My point being, make sure there is a reason for the fight, other than rolling a one on a six sided dice.

While most of the team is trying to kill the Lich, the Thief and the Bard are trying to get the child Prince out of the manacles that currently have him bound above a lava pit…

The enemy is firing down at you, while you are trying to defuse the bomb set to go off in seconds…

Sometimes you can make Combat more interesting by adding an element that has nothing to do with the battle itself. Combat is simply the obstacle that is keeping you from performing the task that really matters.

This gives the Players a chance to make that heroic choice. Do they fight the enemy or protect themselves? You can’t do both. Our can you?

I love adding this element to my combats. Just don’t over do it. If every combat has this, the players can become numb to the added tension. 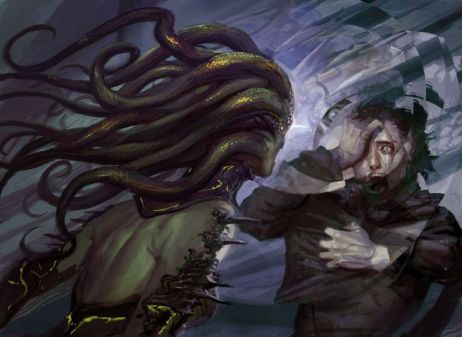 I already know that there are some of you out there who don’t agree with me on this. You see no reason that there should be any real threat to the Characters. They might fall unconscious but, in the end, our heroes will succeed. This is a guarantee.

I’m not going to argue the point with you. I’ve stated my opinion before. I call it “Adventuring with the airbags on” and I’m not a fan. Heroes simply aren’t heroes, in my opinion, if everything is easy. They need to put themselves at risk. That’s what makes them truly heroic.

In my experience, if Players think there is no threat to their characters they are going to be less engaged in what is going on.

Conversely, if there is a real danger  that they be injured or die, they will instantly engage more.

WARNING:Not all combat should have the chance of a total party wipe out. Be sure to throw in the occasional battle that, unless something goes terribly wrong, the characters will be able to easily handle. There is still a risk, just not much of one. 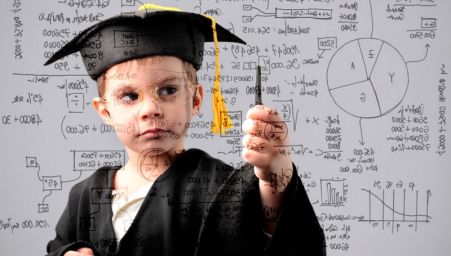 I can’t stress this enough. Just because they are the enemy of the Heroes, does not mean they should be stupid. To the contrary, they should take advantage every time they get the chance.

Terrain makes such a difference in a dynamic combat scene. High ground, cover, playing your NPCs and monsters to take advantage of these things. It all plays together.

Not to mention that, as long as you remember that the players have the same advantages, you can teach your players how to use these same things in the future. Even if that future is in five minutes when they are turning the tide of the battle.

And don’t forget things like Flanking, Attacks of Opportunity, Multiple Attackers. All those little tricks that people and animals use in real life.

Not all battles need to be to the death:

Most intelligent creatures realize when they have lost. And when they do, most will take the opportunity to run for their lives should the opportunity present themselves. Some will never return, realizing that they are outmatched

Some, on the other hand, will return with a bigger group, more powerful friends or relatives, or even the great rabid beast they keep as a pet for just these occasions.

One of the signs that someone has real power is how easily they can get other people to do things for them. They have body guards, armies, security forces, whatever you want to call them. They also have servants, sycophants, advisers, etc.

So why is it, that when the heroes bust down the door, or sneak into the lair that these servants all seem to have disappeared? Why aren’t they wearing down the strength of the Characters so, when the Big Bad does join in on the fight, he is a true challenge instead of just another weakling that the party gets to roll over?

Use Minions and Underlings to even these battles out and add more action into the combat. I find that the most boring fights are the ones where the enemy is heavily outnumbered by the party. The more you can add to the battle, the more each hero gets the chance to shine and feel like they mattered in the outcome.

Put Some Energy Into Combat.

It doesn’t really matter how the epic battle is playing out in your head. They could be turning back an army of Vampire Magma Dragons, while riding a herd of Pegusi, and casting a ritual spell that will end the Plane of Evil for all time. If the Players can’t picture it as well, then you’re going to look out and see people yawning. Especially if you have a large group and the battle is taking a while.

To get past this, make sure you’re not falling into the trap of describing the mechanics instead of the action. They didn’t miss when only one away from the opponents AC. No, they could feel the very edge of their blade scrape across the Orc’s breastplate. But the Orc twisted away from the blow and thus it couldn’t slice into his flesh.

Be narrative when explaining the resolution to the rolls. Remember that the storytelling always begins with the GM. You can’t complain that your Players don’t roleplay enough if you aren’t leading by example.

If you’re not quite comfortable improvising these, make a short list ahead of time. Just to give yourself something to fall back on.

All these things combined should be a good start to making combat more exciting and fun, for both you and your group.

As always, I hope you enjoyed this article and that it helps. If you have any questions, ideas on future subjects you might like me to tackle, or just wanna tell me your own solutions, please feel free to comment below.

If you want to chat about RPGs or say hello, come hit me up on Twitter @DMLeviathan

Thanks again, and have a great one…